As you walk on a bearing errors will creep in, especially if you are going across a slope on a compass bearing as you tend to drift downhill. Also, your pacing may become inaccurate due to bad terrain. to help prevent this, choose closer checkpoints, approximatley from 100 to 300 metres in poor visibility it may have to be closer.

Pick out and object of feature on the direct line of your bearing, corner of wood, high feature, building, small hill, gate , corner of wall, lone tree or bush etc. And then walk towards it keeping youe eyes on it and not the map and comapss, this will help to prevent veering off course, also stop you from tripping up and falling flat on your face because you where to busy looking at your compass while walking and not looking where you were going, seen it happen many a time.

To aim deliberatly to one side of a check point on a linear feature so that the navigator knows which way to turn to get to the checkpoint. 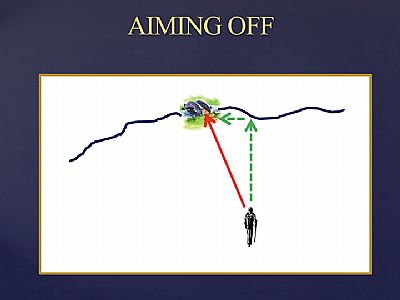 In poor visibility or at night if  you walked on the direct bearing to the bridge you could hit either side of it, which way would you turn. 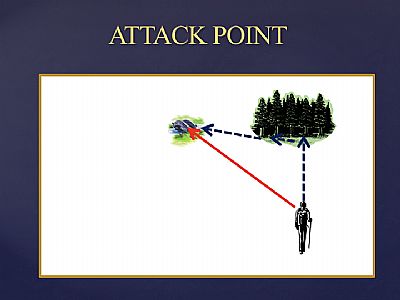 An obvious feature near a checkpoint from which the checkpoint can be safely located by careful navigation using the map and compass.

In thsi case again we are lookin for a bridge over a stream close by the bridge you have a foreat plantation which is marked on the map in poor visibilty or at night the best thing to do is take a bearing on the plantation, depending on the size of it, aim to hit the centre. At night or in bad visibility you should not miss this objective, even when approaching the plantation using your senses you will hear the trees moving especially if there is a wind even a slight one. Once you get there you will know which way to turn to reach the edge of the plantation. Once there its only a matter of using the Aiming Off method to get to the bridge. 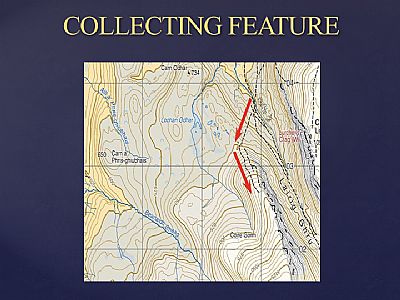 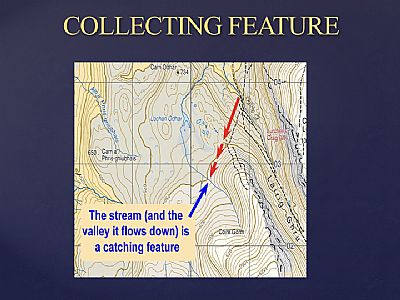 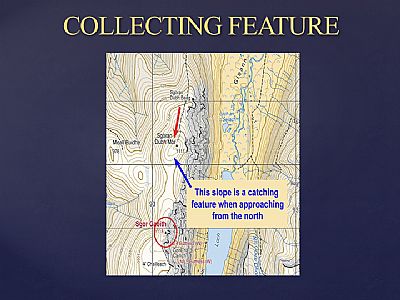 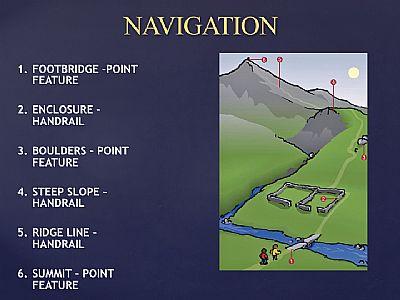 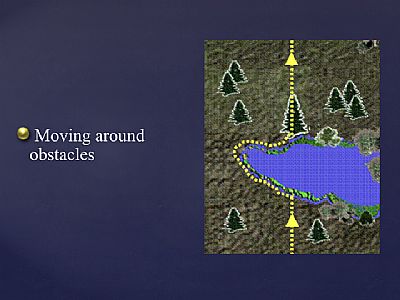 When moving cross country you will encounter some sort of feature that you will have to go around. In this case we have a small lochan or could even be marshy ground. as you are walking on a bearing the best thing to do is study the far side and look for any distinct object or feature that is either on your bearing or very close to it. In this case we have a very large tree on the bearing line. Just put the compass away walk round the lochan until you get to the tree once there check you baering again with the compass and carry on.