The measurement of distance is one of the most important uses of a map. However it is essential to note that distances scaled directly from a map are horizontal distances which take into no account of slopes. So when estimating the duration of a proposed journey proper allowance must be mad for the shape of the ground.

The following methods of measuring straight line distances are given in ascending order accuracy.

As you an see in this simple diagram of one grid square of a 1,000 meters sq the diagonal distance measures 1400 meters 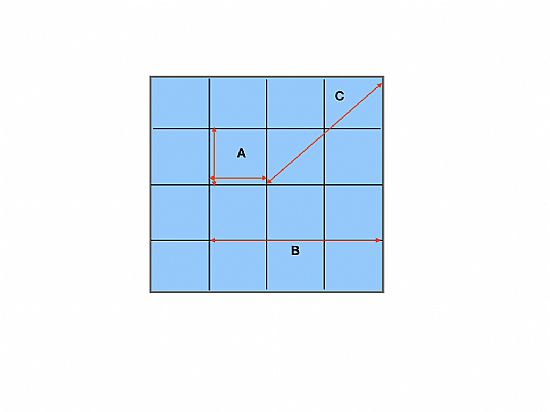 Knowing how long a particular walk is going to take you is essential. So if you where going to walk to your destination which is 18 km away where you are going to get picked up at say 1630 hrs.and you walking speed is 5 kph.

A walking speed of of 5kph represents 12 min per km.

To measure a distance which is not straight, eg, along a road, path track or river, stream, consider the feature as anumber of straight or nearly straight sections. Lay a piece of paper along the first section, and mark it with a tick at the starting point and another at the end of the first section. Then pivot the paper about second tick until it lies along the second section. Keep repeating this until you come to the end.

The total distance along the road is then recorded as a straight line on the paper. It can then be placed along the relevant scale at the bottom of the map to find out the distance 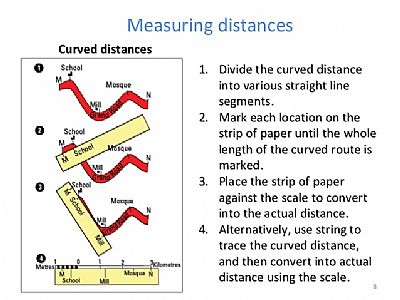 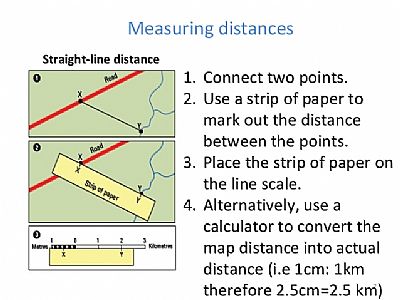